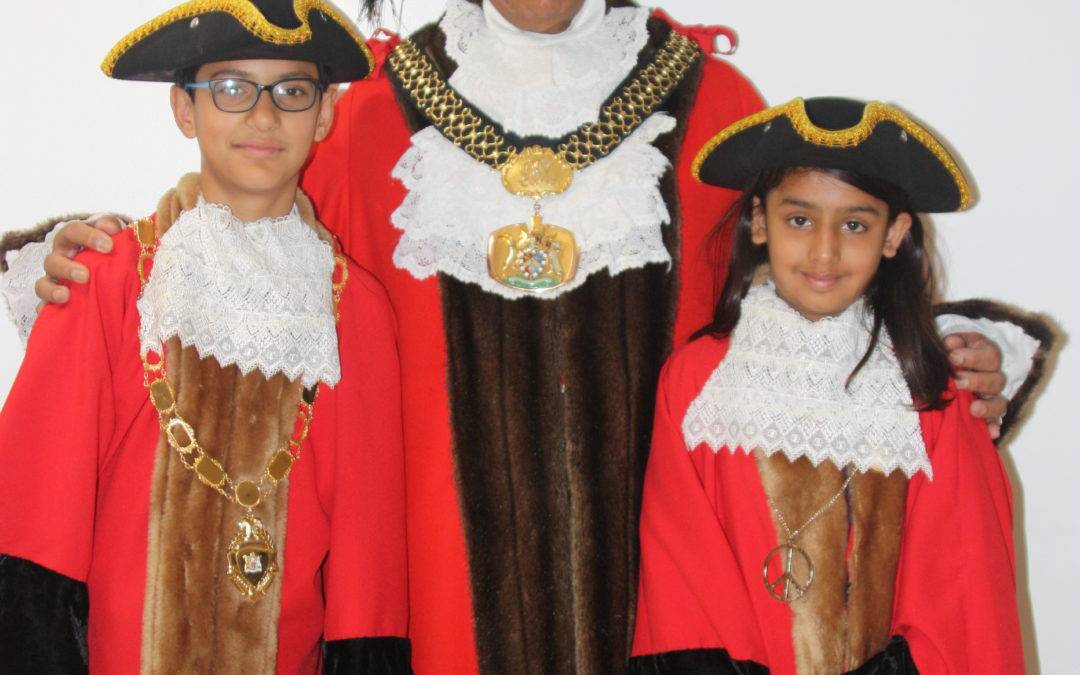 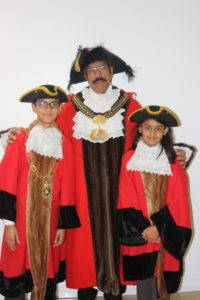 The new Mayor and Mayoress of Thornbury Primary Leadership Academy have been formally appointed by none other than the Lord Mayor of Bradford, Councillor Zafar Ali.

Year 6 pupils Hajara Azhar and Muhammed Ali will take up the prestigious roles for the 2018/19 academic year. They will have responsibility for representing the school at events and performing certain duties within school, such as presenting awards in whole school assemblies.

The pupils were appointed following a process that saw nominations invited from across the school. Up to four pupils from each Key Stage 2 class were nominated, either by themselves or by their peers. Pupils were invited to nominate others who they felt would represent the school well and who embodied Thornbury’s STAR values of Service, Teamwork, Ambition and Respect.

The Lord Mayor of Bradford attended a formal ceremony at Thornbury Primary Leadership Academy on Friday 14 September. After explaining the function of the Office of the Lord Mayor and the ceremonial duties he regularly performs, Councillor Zafar Ali then selected the two pupils to be named as the academy’s new Mayor and Mayoress.

The new Mayor and Mayoress of Thornbury were then dressed in ceremonial robes in front of an audience of pupils, teachers and parents of nominated pupils.

“Our Mayor and Mayoress roles are akin to a head boy and a head girl and carry a great deal of status in our school. Inviting along the Lord Mayor to speak to our children about his role offers our pupils a rich, meaningful learning opportunity and a chance to see such a prestigious figure up close. We are grateful to Councillor Ali for taking the time to visit Thornbury.”

“I am shocked and happy at been chosen to be the academy’s new Mayoress. I want to make a difference in school by setting a good example to everyone.”

“I am very proud that I have been chosen as the new Mayor, and would like everyone to do well in school.”

“I am delighted to have been invited into school to present the new Mayor and Mayoress with their robes. It has been wonderful to see the children working so well and ensuring that they are working with their STAR values.

“It has been amazing to see the children working so well, appreciating their school environment and working in unity to succeed in achieving their goals.

“I would like to wish the new Mayor and Mayoress of Thornbury Primary Leadership Academy great success in their year of service.”