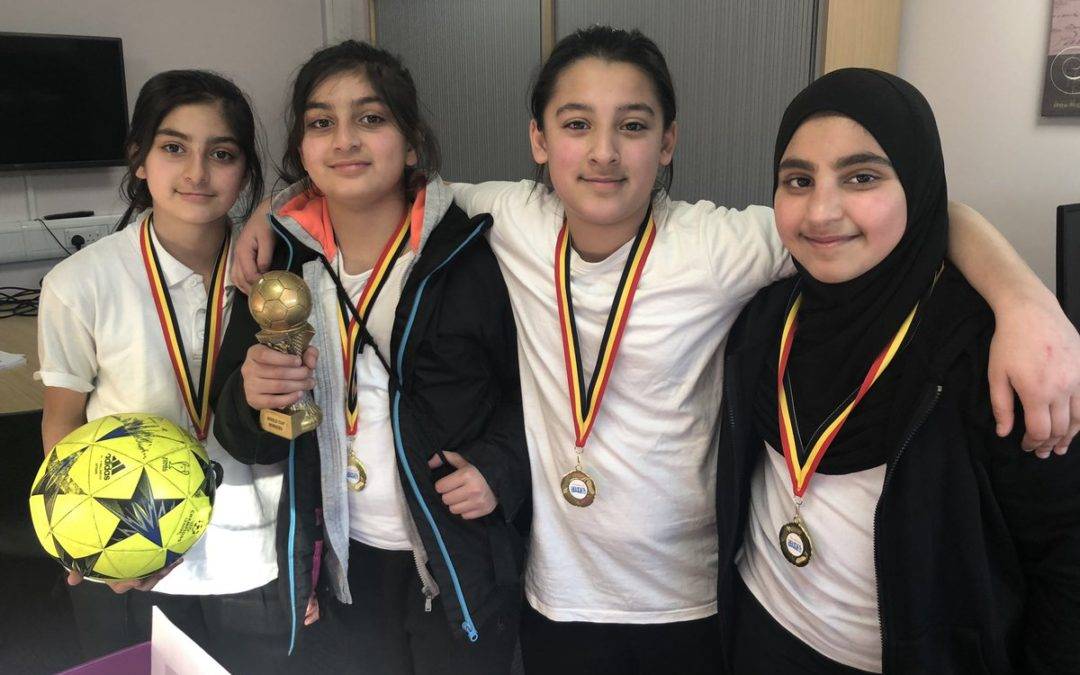 Our girls have been crowned the Bradford Under-11s football champions.

The Year 5 and 6 girls participated in the Bradford South qualifying competition and won every game to progress to the Bradford Under-11s Girls Football Finals.

During the cup competition, the team finished top of the group without losing a single game in the group stage.

In the semi-final, the team came up against Low Ash school beating them 5-0 to progress to the final.

In the cup final, which took place at Hanson School, the school faced Baildon Primary. With a 0-0 draw in their previous match against each other, the game was always going to be competitive. However, the

Thornbury girls showed their determination and quality to win the game 3-0.

“We are very proud of the girls and they are a credit to the school. It is through hard work, determination and teamwork that they have become the best u11 girls’ football team in Bradford. We are looking forward to playing in the West Yorkshire finals.” 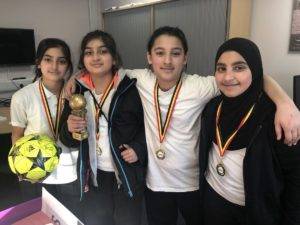